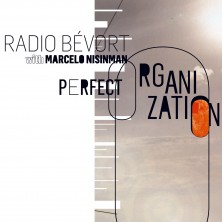 Links to the album on all digital services including Itunes

”Bévort and Nisinman's accomplishment is to merge tango and jazz in passionate embrace to the point where the seam fails to show. On Perfect Organization it sounds as if the two idioms were always meant for each other. What is perfect? Arguably nothing, but this is as close as it gets”– Ian Patterson. Published on allaboutjazz sep. 22nd 2011. View the whole article

FIREWORKS NIGHTINGALES SOUNDS OF ARGENTINA A TIMBRE COLOURED BY THE WOODWIND ARRANGEMENTS INSPIRED DIVERSE GENRES PERFECT ORGANIZATION WITH A SCENT OF ORANGE NO HESITATION SOFT TEXTURES CIRCUMSTANCES A MELTING POTCLUSTER CHORDS LIFE ITSELF TAKING CHANCES JUST LISTEN WHY NOT?

Listen to "Perfect Organisation on Spotify

Bévort and Nisinman met in 2002 while performing together with the trombone player and bandleader Erling Kroner in his Big Band and in his Dream Quintet as well. (CD: Beijbom/Kroner Big Band: Tango For Bad People. Released 2004 )

RADIO BÉVORT was originally formed by bandleader Pernille Bévort in 2003 and since 2008 Marcelo Nisinman has performed a number of times as a featured guest with this ensemble.